One artist behind the camera

Among 300 portfolios of national and foreign artists, our professor Paola Vela was the winner of ICPNA Arte contemporáneo (Contemporary Art 2019). Her work explores the creative process through video art. 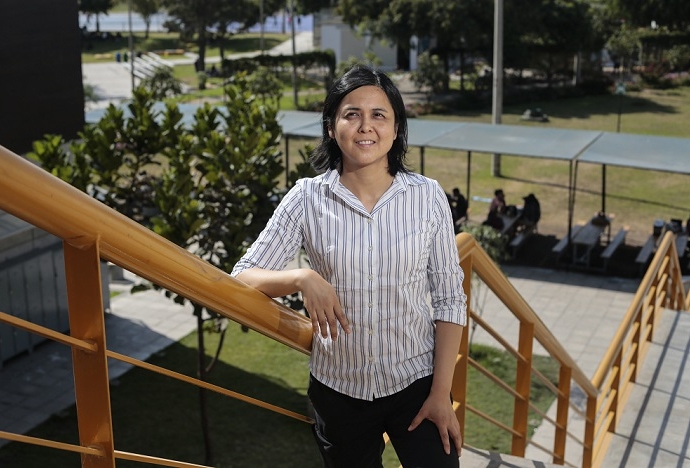 Before sending her work to a contest at ICPNA, Paola Vela thought: “I can leave my video in the external disc for the rest of my life or I can start to show it”. Weeks later, she was the winner of ICPNA Arte Contemporáneo 2019 (Contemporary Art 2019) Video art, although little explored in our country, has influenced her projects since a very young age and innovation in this art was precisely what  led her to obtain this recognition.

When Paola Vela was conferred a degree in Art with a major in Engraving at PUCP, she started to get interested in auteur cinema and to elaborate audiovisual pieces in an empiric way. “I went beyond working with pure and hard plastic arts and approached to work on figure in motion”, describes the also professor of the School of Art and Design.

Afterwards, she studied a Master in Visual Anthropology at PUCP where she carried out a documentary focused on registering the work habitus of three professors of the School of Art and Design. Thus, she started an artistic research that she is currently developing and that inspired her winning work.

In May, 2018, she was chosen for an artistic residence in the Netherlands – at Jan van Eyck Academie. During a month –duration of the internship-, she put into practice the video she had in mind. “What I did was to work with the camera and register the creative process of Ana Guedes, a resident artist in the workshop: What happens in those first moments when you don’t have a clear idea of what you will do and you start to digress? Then, during that digression, ideas come up and you start to conceptualize what will eventually become a piece”, explains Vela.

Although time was short in Maastricht, she could complete all the audio and image registry. “Ana liked the camera. Sometimes you encounter people you can’t work with because they are like a wall, but she was generous all the time and I could record her daily nature”, emphasized. She also had the consultancy of Dutch writer Erik Lindner, who helped her correct the subtitles timing.

However, her work was about to start. When she came back to Lima, she handled all post production. As a result, there were 3 different versions. “There was a moment I didn’t know what to do”, she remembers. Then, a colleague, Mauricio Godoy, showed her the short film 24 portraits by Alain Cavalier. With this reference, she eventually completed the narrative video.

Once she had the finished product, she found out, through social media, about the application period at ICPNA and decided to send her work. The jury, during the final phase, was composed of the curator Max Hernández Calvo, the journalist Fietta Jarque and Nicolás Gómez, the director of MAC , who by unanimous decision chose her project. Our professor was awarded a sum of money and an individual exposition that will take place next year at ICPNA venues. “I wasn’t expecting that at all, but it happened”, she adds with a smile.

Faces, hands, gestures, and objects.  Potential fragments of works to unfold fractal and cyclical is a video retaking the idea of registering the manual work and its representation, but within artistic production. Here, we can observe that the methods and perspectives of Ana Guedes, a Portuguese artist, who is at the initial moment to create new works. The camera registers her strong relationship with objects, how she compiles or manipulates them, without making it clear if they will be the landmark or the final product of her artistic projects. 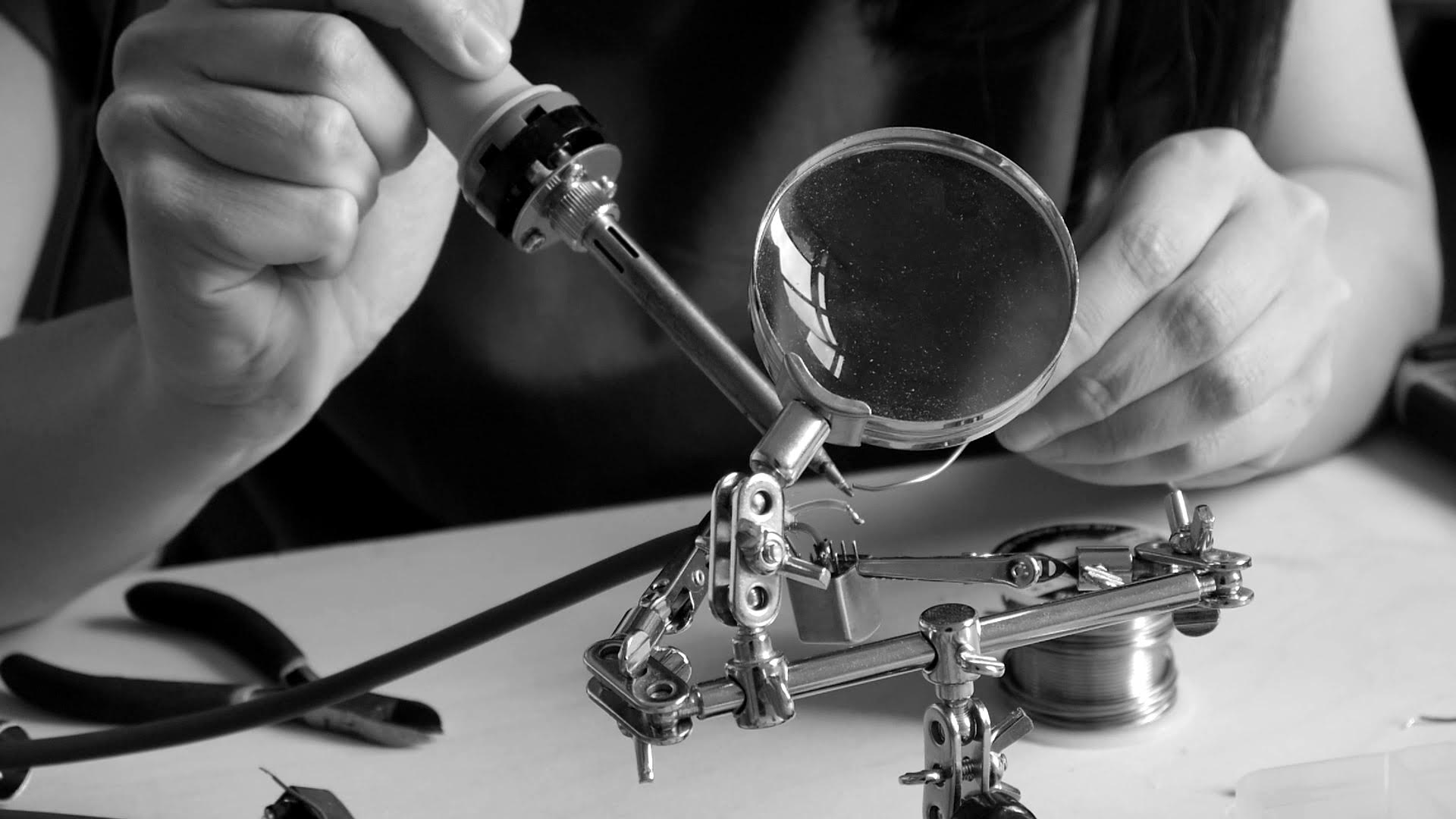 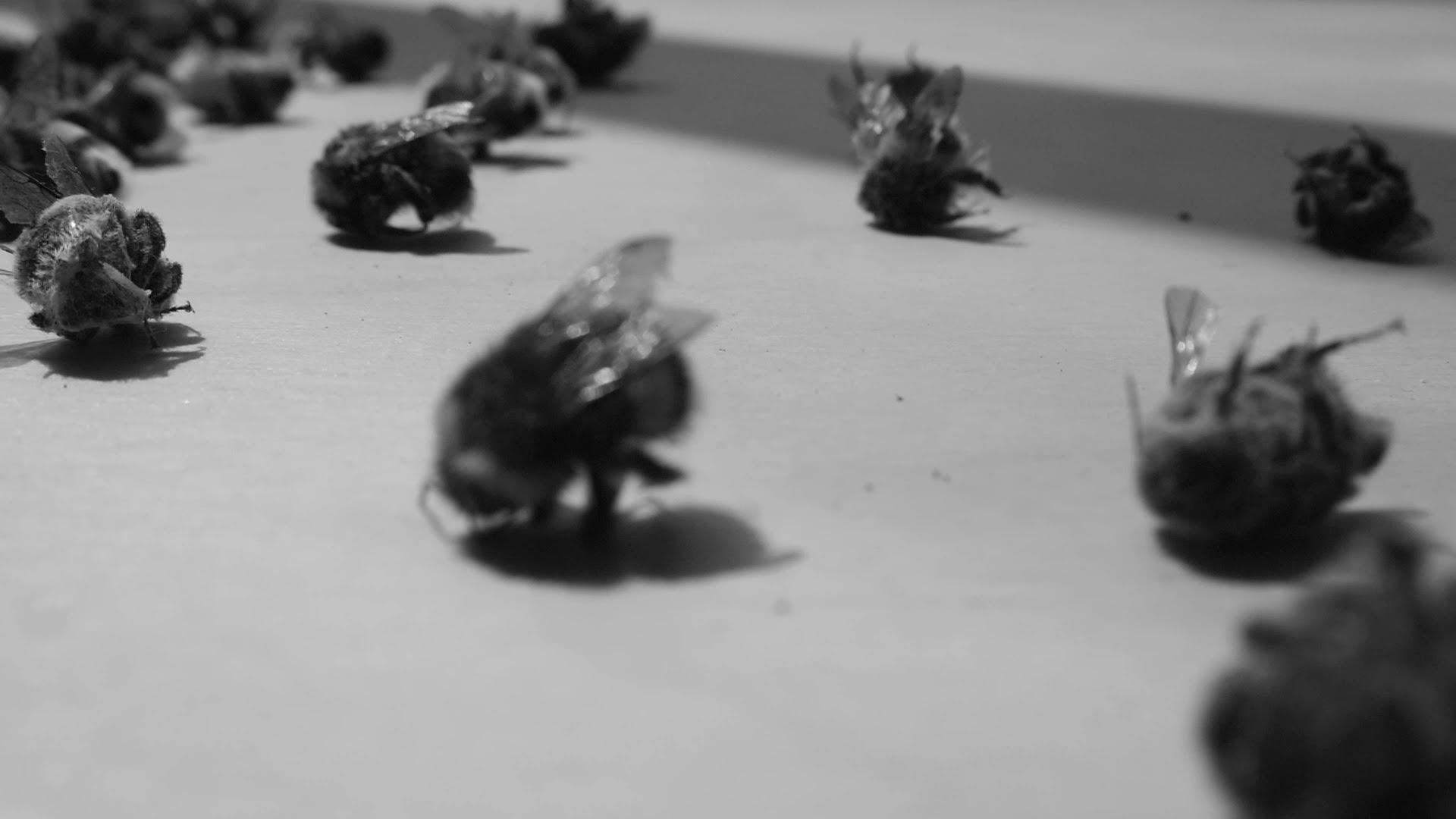 You can visit the collective exposition of finalists until April 28th at the Gallery Juan Pardo Heeren at ICPNA Lima Center (446 Cuzco Street, Lima), Tuesdays to Sundays, from 11 a.m. to 8 p.m. Free entrance.