PUCP rises to 15th position in Latin America; reaffirms itself as a national leader and is ranked 432nd worldwide. 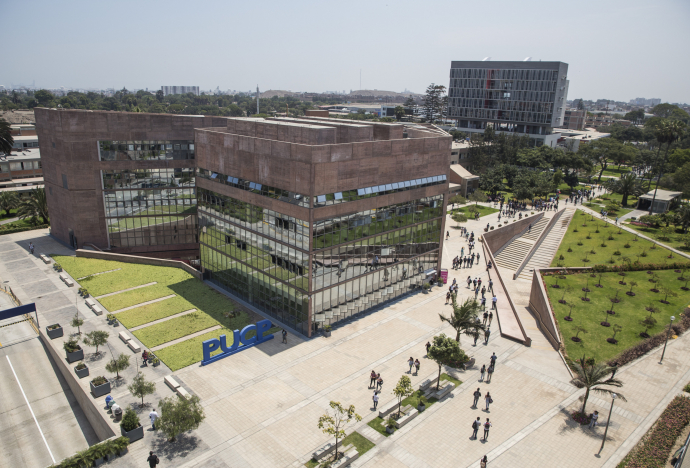 The results of the 2021 World Quacquarelli Symonds (QS) ranking, published on Wednesday, June 10th, bring good news for our university.

PUCP rises to 15th position at the Latin American level and, thus, achieves its best historical position to date. It maintains its place as the national leader and is located at the 432nd position worldwide. 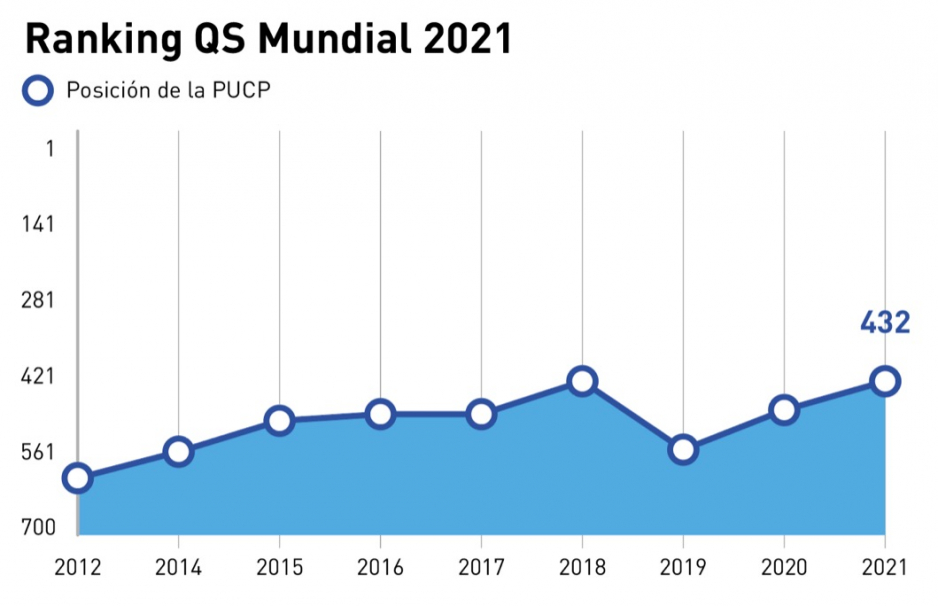 In this edition, the QS ranking includes 1002 universities from around the world, 80 of which are Latin American. Of these, 14 come from Brazil, 13 from Argentina and 12 from Mexico. Only three universities  in Peru have made it into the list: PUCP, Universidad Nacional Mayor de San Marcos (UNMSM) and Cayetano Heredia University (UPCH).

According to the information analyzed by our Planning and Evaluation Academic Direction (DAPE), at a general level, the average score of our university increased compared to 2019. Indeed, there was a slight growth in the indicators of academic reputation and citations per professor, and the university performed better on the professor / student ratio and employer reputation indicators, which rose 4.2 and 6.4 points, respectively. 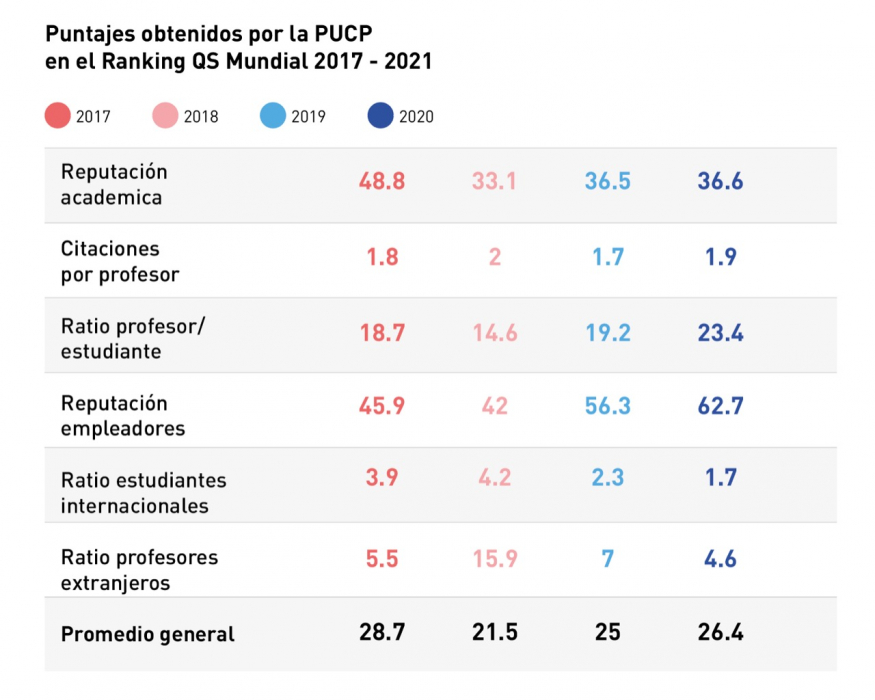 Although we did not reach the 28.7 totalized in 2017 (when PUCP had its best historical performance at the score level), after rising to 15th position, our university presents its best results among Latin American universities.

At the national level, PUCP maintains its leadership. It is followed by UPCH, which is located in the rank of positions 701-750; and UNMSM, in the 801-1000 position range. 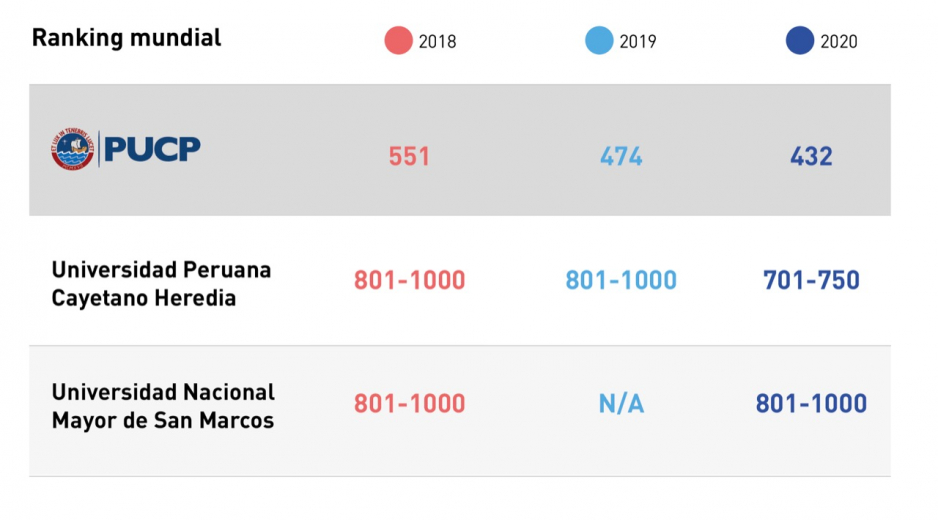 What is the methodology used?

The sources of information used for this ranking were (1) the surveys carried out by academics and employers, internationally, that QS has in its database; (2) the information collected by QS regarding academic production from Scopus —corresponding to the 2014-2018 period— and, in addition, that referring to citations —corresponding to the 2014-2019 period—; and (3) the information provided by each university, which corresponds to one year before the publication of the ranking.

“You are at the center of our decisions”